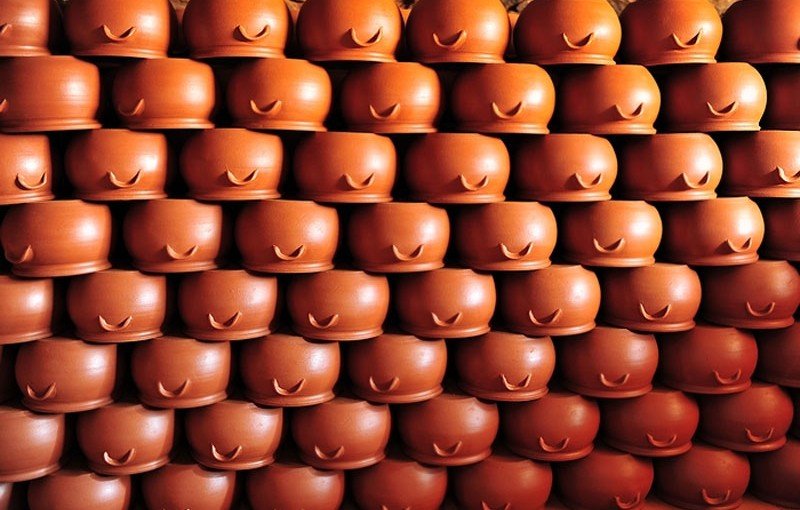 Livelihoods and Economic System of Karacasu

Agriculture: Our district is located in the 40 km valley surrounded by Babadağ and Karıncalı Mountains. The height of the sea level is approximately 600 m. Although the climate shows the characteristics of the Mediterranean climate, the winter months due to its height from the sea leads to cooler than the other districts of our city and the summer months to cool and dry. Due to the abundance of mountainous and forested areas, agricultural areas are small. Among the agricultural activities, fruit production is the most important. Our county has an important potential in terms of apple cultivation. In addition, olive, fig, grape, pomegranate and walnut are the main agricultural products.

Tobacco has an important place in terms of field agriculture. However, the cultivation of tobacco is reduced by the government. Therefore, it is a necessity to perform alternative production studies (such as thyme …). Wheat, barley, corn, cotton and forage crops are cultivated from other field crops.

Provincial Agriculture Directorate in 2007 and 2008 with the support of the Forage crops project work; Certified Sapling Support Premium, Olive Oil Support Premium, Mass Cotton Support Premium, Diesel and Fertilizer support projects are carried out. In 2008, 3601 people have been registered in the farmer registration system so far and the records are still going on.

There are 3 cold stores in our district and the total capacity is 4,400 tons.

There are 3 continuous olive oil plants in our district. There are also leather processing workshops with different capacities.

Livestock: Livestock is an important source of livelihood in the economic field. However, the inadequacy of pasture areas, meat and milk, and the high prices of input products at low prices have led to a decrease in the number of animals.

In 2008, 104,685 assorted animal health screening tests were carried out, and 2,119 head earrings were inserted and registered. Number of licensed veterinarians in the district: 5

Tourism: Karacasu District has a great tourism potential. District 13 km from Geyre Afrodisas ruins and the museum located in the town of Turkey and is one of the world’s leading museums and ruins are visited annually by about 200,000 domestic and foreign tourists. In 2008, 159.367 local and foreign tourists visited the museums and the ruins and a revenue of 187.546,00 YTL was obtained. Since May 2008, the exhibition has been put into service in the Aphrodisias Museum Sevgi Gönül / Sebasteion Hall which is already in use in the other exhibition halls used in the museum and the museum display to be completely contemporary in all exhibition areas except for Sevgi Gönül / Sebasteion hall “renewal repairs are planned. As of today, the reports of the Geyre Foundation with the support of Aphrodisias have been approved by our Ministry.

The cave is located in Çamarası Village and not yet opened to tourism. One of the natural beauties in the district is Bahçeköy Waterfall.

In addition, Karacasu, which is the highest settlement of Aydın Province, is also important for plateau tourism. Especially in the summer months, the number of people coming from neighboring provinces and districts is inevitable.

The Ethnography Museum was completed in the new building of the Municipality in the district center, and the collection and display of ethnographic materials are in progress. The Ethnography Museum, which was transferred to the Ministry of Culture, was opened to the public in 2007 / August.

The founder of the Aydıoğulları Principality in the village of Esençay, which is connected to our district, is Aydın Bey’s tomb. Environmental layout and maintenance will be opened to visit and will contribute to regional tourism.

Industry: Leather, ceramics, olive processing and weaving are the most important industries. Although leather enterprises are treatment plants, they should be renewed due to damage to the environment by spreading odors.

There are currently 12 small, medium-sized leather, 25 ceramic and 7 olive farms. At the same time, olive processing is carried out in houses. Weaving is more of a family-run business. Especially, Ataköy, Işıklar, Yeniköy, Palamutçuk and Dikmen villages have many fully automatic weaving looms.

Due to the difficulties experienced in the marketing of tobacco, which has an important role in the economy of our district, a tendency towards return to weaving is observed. The materials which are taken from the merchant as yarn are sold as raw cloth after being touched.

In connection with these industry branches, shipping and fruit and vegetable trade is another source of income.