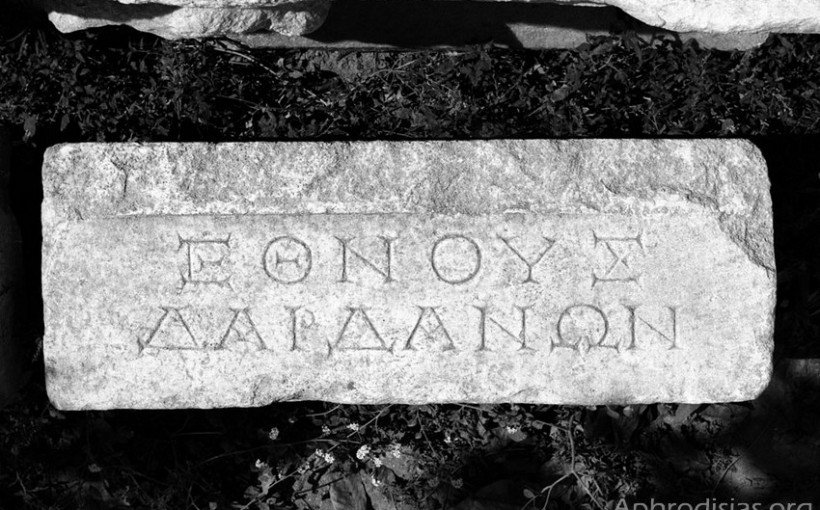 The city took its name from the goddess of love and beauty, Aphrodite. The Aphrodisias name originally had been used in 2nd of the BC. The city was known by another name earlier. The names were:

History and The First Excavations

The settlement extended over to the late Neolithic Age. As a result of excavations on the hill of the Acropolis and molasses, the existence of the two villages has proved. The strengthening of the Roman domination in the 2nd century of the BC, the city had gained importance as a sacred and it was taken Aphrodisias name. In writings on the walls of the sage structure of the theater, unearthed in the excavations, it was mentioned about a gift f as a gold statue of Eros, given Caesar to Aphrodite. Thus, Caesar could come to the city and he may have offered his loyalty to the goddess.

After the assassination of Caesar in 44 year of the BC, Labienus, one of the supporters of the killer and his men seized the city by plundering. Due to Octavian and Antony loyalty, some privileges were granted with the triumvirate decision in 39 year of the BC. Those privileges were tax exemptions, the right to asylum and autonomy to the temple. The warm relations continued after Oktavianu got the throne in 27 year of the BC. The relations continued in first century of the AD. Emperors of the Julius Claudius descendants were interested in this big city. Tiberius had reconfirmed the privileges of the Senate in 22 years of the AD. That interest would continue until the end of 3rd century.

Between 1st and 3rd century, the reputation of the sculpture school had spread everywhere, and has provided many visitors take away even Aphrodisias. Marbles, issued from Salbakos (Babadag) was handled in here and trying to meet orders from many places. Besides the sculpture, the school had revealed his works about the science and art. Xenocrates: In field of the science and art, Xharito: The Roman, Alexander: commented on Aristotle’s works and gave lessons. It did the capital of many states in 3rd century. With the division of the Rome, first, the face of the city was caught to the East Rome and then the Byzantium. The spread of the Christianity in the 4th century ensured the establishment of a bishopric center here, it could not destroy the pagan culture, leaned its roots back to ancient times. The first two Christian saints were martyred here, however the paganism remained inefficient despite everything.
The purpose of that new trend was to delete the remnants of the paganism. Therefore, The Aphrodisias and Aphrodisiasan words were deleted from articles in a systematic way. Even the city was called “Stravpoli” (Cross City) during the 7th century. Nevertheless Aphrodisias name did not disappear completely. Kayra name was used in the Byzantine period. Today it is believe that the name of Geyre came from Kayra.

The Aphdodisias, located on a geological fault line, was forced to deal with earthquakes throughout its history. Today, traces of those earthquakes can be seen on the structure made restoration. The city, like neighboring city of Ephesus, suffered serious earthquake and the water channel had seen great damage in years of 350 and 360. Even though they tried to make repairs, earthquakes that occurred in 610-641, aggravated the problems. Aphrodisias managed to maintain its importance until the 7th century. However, the invasion from the east, religious conflicts, political and economic pressures and other problems hastened the collapse of the city. After the earthquake of the 7th century, the city could not be built again. Because walls, made in 4the century, could be repaired, an acropolis fortress was built. Moreover, it had been used as an observation point. The information after 7th century is limited. The remains of an 11the century are mentioned. It was under the Seljuk imperium between the 11th and 13the centuries. After the 13th century, all regions were participated to the land of Mentese and Aydın principality. Aphrodisias should be abandoned in those years. Thanks to the efficiency of the plains in the 15th and 16th centuries, there were the new settlements in the region and the Geyre village was established.
The Geyre experienced the massive earthquake in 1956. Although it was not affect very much, village officials took the decision to move to another place. Thus a new Geyre was built in the 2 km west of Byzantine early 1960s. The expropriate continued by the end of 1970.

The First Excavations in Aphrodisias