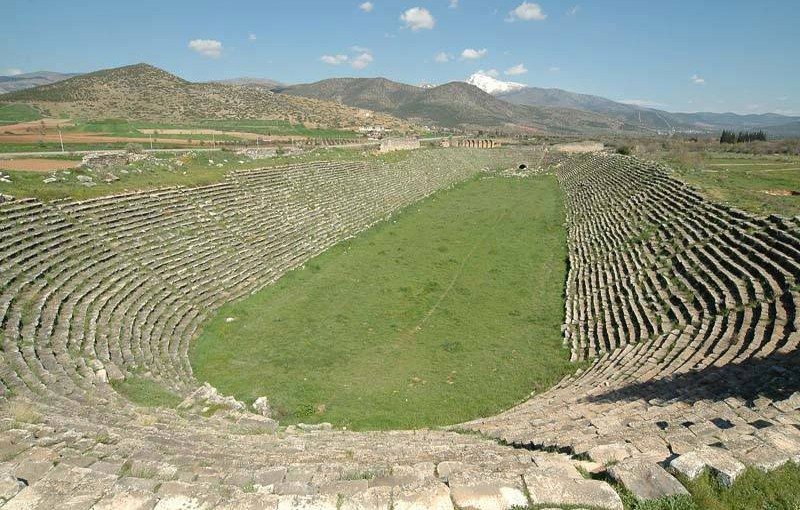 Besides the Aphrodisias Stadium is the city’s best-preserved and most magnificent works, it is the best-preserved ancient stadium in the Aegean region. The stadium, located in the north of the city is one of the world’s most significant ancient structures. The stadium has 262 meters long and 50 meters wide, and seats, which can take 30.000 spectators. The Ellipse plan was getting comfortable monitoring the activities of all the audience. Usually, stadiums were used mainly for sporting events. Also, as needed, it was used in the popular vote contests. The stadium had been the scene of many athletics competitions and festivals in Rome period. These competitions were in a pattern of the game of the Greece and the Olympic Pythian in Asia Minor. In addition, they were taken the names given to the same type of game in Greece. That situation indicated that Rome permission was received, and that was thought to honor as a sign of consent.

Those games in the Aphrodisias was regarded as the Pythia but not Olympic. Empire Godinei festivals held in honor complemented those. Two vaulted galleries, located in east and west, introduced the stadium. After the earthquake that caused serious damage to the theater in the 7th century of the AD, the east of the semicircular portion of the stadium was made a round with wall and was used as an arena. The rows of seats had been made on curved vaults, used as a shop and store in their period.