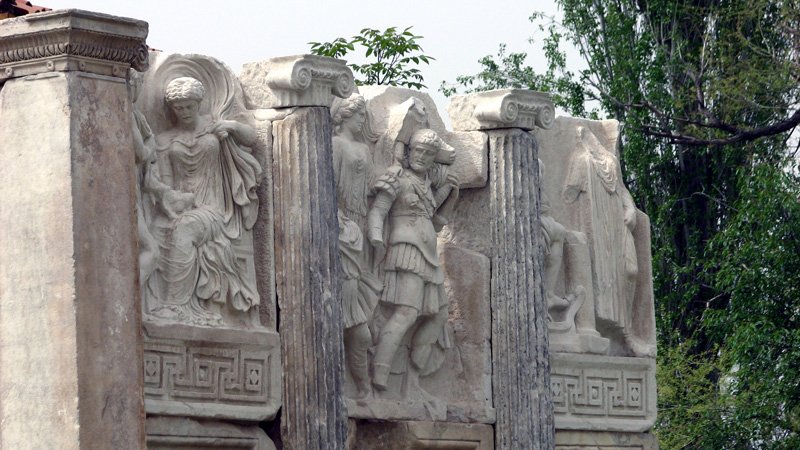 3.5 km long wall in the ruins surrounding the city is in fact the castle ruins with four main gates and in the form of a circle. The fortress surrounding the ancient city center and covering an area of about 494 hectares was made in the 4th and later centuries. It can be feasible to see the pieces of the building on the walls, destroyed by earthquakes and other disasters.

Although there was got, affecting under the western Anatolia, a lot of evidence shows that walls were done in the 4th century. Even though it is unknown exactly how well the immune system was in the previous periods, a building located in the acropolis could be used as a fortress in the Hellenistic period of 7th century. The city was used as hippodomic planned in the late Hellenistic period, but it can be said that some structure was not fit into the residential blocks and Sebasteion Aphrodite temple.

This structure with its 13×8 column was the city’s focal point. Due to the fact that the city was converted to the Christian basilica, we do not have much information about the structure of the old state. Cell of the walls were demolished and shifted columns on the sides. Walls were built to the north and south and the format was changed. An apse and an atrium was added its east and west. The structure, like the other Sebasteion a sacred space, is not seating properly planned city into grids.

The temple could be traced back to the archaic period in view of the research result. But the restoration studies carried out in each period have caused destruction of appearance evidences as Byzantine masters did. Byzantine craftsman were upset layers by digging graves in and around of the temple.

The cult statue of the goddess Aphrodite was located in the temple before the Christian era. With the adoption of the Christianity, the temple was changed to tee church and the cult statue was laid out by destroying. As a result, it was used as architectural elements in a structure later.